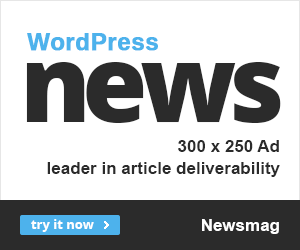 It was an atmosphere of nostalgia, gratitude and fulfillment on Saturday 22nd February, 2020, when Pilgrim Baptist Hospital Issele-Uku was reopened for full medical services.

The official re-opening of the legendary mission hospital was performed by Delta State Governor, Senator Dr. Ifeanyi Okowa, in a brief but impressive ceremony, witnessed by the traditional ruler of Issele-Uku Kingdom, His Royal Majesty, Agbogide Obi Nduka as well his Idumuje-Unor counterpart, His Royal Majesty, Obi Charles Anyasi II, amongst other dignitaries.

The hospital, established in 1965 by the founder of the Pilgrim Baptist Mission in Nigeria, late Rev. Dr. S.W. Martin, stopped functioning for over a decade and remained moribund until its comprehensive rehabilitation by the present leadership of the Pilgrim Baptist Association led by the Moderator/Spiritual Leader, the Rev. Moses Ekene Okolie.

Gov. Okowa also used the opportunity of the occasion to commission a massive 6 classroom block complete with staff Rooms and other amenities built by the Rev. M.E. Okolie’s led leadership of the Pilgrim Baptist Association at the Rev. Dr. S.W. Martin memorial Mixed Secondary School, located opposite the Hospital at Issele-Uku.

Speaking at the occasion which was attended by the representatives of the Anioma Delta Baptist Conference, the Delta State Governor, represented by the Commissioner for Health, Dr. Mordi Ononye, commended the Pilgrim Baptist Association and Issele-Uku community for their earnest desire to return the hospital and other legacy projects of Rev. S.W. Martin back on track, while charging the Issele-Uku community to take the hospital as their own and protect its facilities in order to ensure its optimal use for healthcare delivery.

The Governor, who affirmed that health is foundational in the life of every society, hence, the State Government’s resolve on health for all Deltans, advised the hospital management to immediately register with the Delta State Contributory Health Insurance Scheme so as to afford pregnant women and children from 0-5 to benefit from the free medicare of the State Government.

He said: “Sickness will always abound but the key issue will always be how to address it. That is why we are always particular about primary healthcare delivery. We recognize the need to have this hospital back on its feet to begin to render medical services to the people of Issele-Uku and environs. The Government is eager to continue to support Pilgrim Baptist Hospital until it gets to the level we desire for it to be.

“It’s my desire and prayer that effective prevention measures will be adhered to in managing seasonal ailments, especially Lassa Fever if any of such cases occur for the hospital to manage in Issele-Uku”, the Governor stressed.

While promising that Government would from time to time, check on the hospital to ensure it is serving its purpose, the Governor further assured that the administration would assist with the rehabilitation and upgrade of the theatre affected by a recent fire outbreak in the hospital.

In his remarks, the Executive Chairman of Aniocha North Local Government, Hon. Chuks Oseme thanked Governor Okowa for his support for the hospital project, saying that the hospital is a legacy that would always put the legendary humanity and community development efforts of Rev. Martin in constant remembrance.

He thanked all who had made it possible for the Pilgrim Baptist Hospital to resume function in the Local Government area and while positing that late Rev. Dr. S.W. Martin was one of the greatest legends that ever came out of Nigeria; added that his works for humanity would forever remain indelible.

Earlier, in his welcome address, the Moderator/Spiritual Head, Pilgrim Baptist Association/Mission, Rev. Moses Ekene Okolie took time to enumerate the works of Rev. S.W. Martin and the background of how the long abandoned hospital was resuscitated, even as he recognized the immense support of the State Governor, Senator Ifeanyi Okowa in the rehabilitation effort.

“I wish therefore, on behalf of the Pilgrim Baptist Association, to express our very profound gratitude for your kind gesture which facilitated the rehabilitation of this Hospital and formal reopening after so many years of abandonment. That singular action of yours has in no small measure, resulted to our gathering today to the glory of God Almighty.

Not only that the entire structure of the Pilgrim Baptist Cathedral was immediately rehabilitated before the ending of 2018, but also the Pilgrim Baptist Hospital, Issele-Uku which was totally dilapidated, taken over by massive forest and had been non functional for so many years, has been brought back to life and the Rev. Dr. S. W. Martin Memorial Mixed Secondary School, as at today has been enriched with a massive 6 classroom block complete with staff rooms and many other functional amenities suitable for learning and teaching in a modern society.

“Our father, Rev Dr. Martin has left an enduring legacy and we are very happy that our Governor is in the same mould of a transformational leader striving to promote performance beyond expectation and effect positive changes.

“To the glory of God Almighty, we have been able to rehabilitate some of the wards as well as the administrative building to create a conducive place within the restructured areas for a brand new theater where new medical and surgical equipment have already been acquired and installed.

“We have also engaged two highly qualified Medical Doctors, three registered nurses and midwives, as well as four auxiliary nurses in addition to an experienced administrator who is fully in charge of the day to day running of the hospital, reporting to the Pilgrim Baptist Hospital Management Board.

“In our bid to make the hospital a standard for proper and effective medical services, we have also engaged the services of one qualified pharmacist, a lab scientist, a lab technician, one medical recorder and a good number of cleaners to ensure all round cleanliness of the hospital as well as gardeners to take good care of the hospital environment.

“Adequate security of the entire hospital has also been addressed with the engagement of four security men to complement our secured partnerships with the Nigeria Police division in Issele-Uku and the Issele-Uku Local Vigilante Group.

“Considering the fact that electricity is vital to the effective functioning of this hospital, we have, also through you intervention, rehabilitated the existing power generating plant in the hospital as well as acquiring a brand new 7.5kva diesel propel generator as a backup. Additionally, we have been able to reconnect the hospital to the national public power supply,” Rev. Okolie stated and assured that the management of the hospital will not in any way deviate from the cardinal objective that inspired and motivated the establishment of the hospital by the late Rev. Dr. S. W. Martin in 1965.

Rev. Okolie said that the founding Father’s objective which is to bring about good, quality and affordable health care services to the people, has achieved greater significance and operational relevance in consonance with the Stronger Delta Agenda of the Delta State Government under the leadership of Senator Dr. Ifeanyi Okowa.

The head of the Pilgrim Baptist Association, however stated that despite all the achievements so far recorded, there are still a lot yet to be done, revealing that the Doctors quarters which was not considered in the course of the rehabilitation of the hospital, is an urgent need, saying that in the interim, they have been able to secure a temporary accommodation for the Doctors outside the hospital premises. He there called for the support of all and sundry for quick rehabilitation of the quarters for effective, proper and quick  doctors’ attendance to patients at all times.

Rev. Okolie used the avenue to also appreciate on behalf of the Association, the Chairman of the Hospital rehabilitation Committee, Prince Ibe Ozoma and members of the committee for a job well done.

“We appreciate you and members of your committee for your sincerity, prudence, proactiveness, compassion and the fear of God exhibited in the rehabilitation of the Pilgrim Baptist Hospital,” he stated.

In an interview with Journalists, the Chairman of the Hospital Rehabilitation Committee, Prince Ibe Ozoma gave account of how they spent the money that came for the project and, while assuring that funds have also been set aside as reserve by the Committee for the payment of salaries of medical personnel pending the financial stability of the hospital, stressed that more funding was needed to execute other critical projects in the hospital like the perimeter fencing, doctors and nurses houses, the theatre, the mortuary section, procurement of more clinical beds, landscaping, hospital equipment, regular security and more.

As part of the activities for the reopening of the Hospital, Prince Ibe Ozoma Foundation, established by Prince Ibe Ozoma, in conjunction with Anioma Medical Professionals Forum Incorporated, sponsored a 2day free medical and surgical outreach where over 1200 patients that included those with surgical issues were attended to successfully at the Pilgrim Baptist Hospital, Issele-Uku.