Hon. Nwaobi in his Easter message, appreciated God for making it possible for the people to witness this year’s celebration and said that the event of Easter is a reminder of the faithfulness of God and his love for Mankind.

He said that God’s Love was demonstrated when he gave Our Lord Jesus Christ, his only begotten Son, as a ransom for the sins of humanity, saying that God’s faithfulness remains sure despite the pains, anguish and criminality pervading the land.

Nwaobi urges the people to remain resolute, steadfast and not to be deterred by the acts of wickedness being seen in and around them, saying that the love and mercy of God will always be sufficient and a sure covering in times such as they are experiencing now.

The Lawmaker, condemned in its entirety the armed robbery attack  in Aniocha North which resulted in the wanton killing of some innocent persons, destruction of properties and said effort had been activated to work with the Police in conjunction with the State and Local Government to ensure safety of lives and property in the area.

Hon. Nwaobi, while sympathising with the families of those who lost their lives, called on the people to avail themselves the opportunity of the holy season to pray for the peace and security of Aniocha North Local Government Area, noting that love for one another is a great propeller for peace, unity and security.

“Let us imbibe the spirit of love, selflessness and sacrifice. That is the only way we can forgive one another and live together as a people where peace and security will reign.

“All that Our Lord Jesus Christ did at the Cross was to give us a place in destiny and it was an act of love, selflessness and sacrifice. Let us emulate him, thereby making Easter meaningful and worthwhile,” Nwaobi stated. 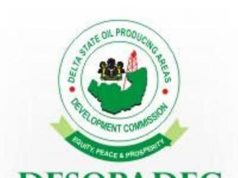 Alleged Fraud In NDDC:  Akpabio Says He Is Ready For Probe