Frontline Delta guber aspirant in the 2023 governorship election, Olorogun Barrister Kenneth Gbagi, has called on the federal government to declare a state of emergency on the security system in Nigeria.

Gbagi told journalists under the aegis of Delta Online Publishers Forum (DOPF) that the Nigerian security architecture has collapsed, hence there is need for an emergency declaration to salvage the system.

Gbagi who is gunning for the state governorship in 2023 and has been gathering support across board, said there is deception between the government and stakeholders in the nation’s security apparatus.

He told the online publishers who converged in his country home, Oginibo, in Ughelli South local government area of the state, on Sunday that there must be an agreement and the political will on the part of stakeholders to end the insecurity that is fast taking over the nation “so that we all can go back to our usual way of life.”

He said: “Nigeria as it is today is a misnomer. There is need for a state of emergency on security in Nigeria. Security personnel are supposed to take orders from state governors. But where we are now is a situation where they all take instructions from a central command. That means the governors cannot be held responsible for the wrongs with regards to security in their states.”

Olorogun Kenneth Gbagi, a criminologist and a business mogul, insisted that the situation in Nigeria at the moment demands the National Assembly to urgently amend the constitution of the country with regards to organisation of the nation’s security apparatus if the nation will make inroads  into solving the problem of insecurity in Nigeria.

He added: “The situation has rapidly grown out of hand. Why are we paying salaries to security agents when the main purpose of their engagement has been outlived. The purpose of paying their salaries has failed and this calls for emergency.

“Without security, there will be no investment. And once there is no investment, hunger will take over the land. Robbery, stealing, kidnapping will increase. Look, a lot of people who are criminals today do not plan to become criminals. Circumstances beyond their control forced them into criminality.

“It will continue and get worse. The country our fathers left behind is not the country we are today. There is need need for a state of emergency in Nigeria security system. Nigeria will not be a nation if we do not change the narratives.”

On the issue of grazing which is leading to clashes between farmers and Fulani herdsmen, Gbagi said cattle rearing is a private business, noting that the Nigeria presidency has nothing to do with grazing

He noted: “How does my personal business concern government? How I sell it, how it gets from one place to another is not the business of government. That is their chosen line of business. Grazing must be treated as such.

“Cow is not the business of government, unless government wants to tell us that they have  acquired  all the cows in Nigeria. Some of these things have come to be because of the way we have handled them.”

Although he blamed the security agencies for not carrying out their responsibility to Nigerians, he, however, agreed thst the security personnel are not well remunerated so as to encourage them to put in their best.  He said the policeman that has not eaten well will run when a daredevil robber with a more sophisticated gun advances towards him.

Hence, he said there is low morale among the security personnel. He, however, insisted that over 80 percent of the guns used by the hoodlums belong to Nigerians. He is of the belief that the guns were forcefully taken from Nigerians security agencies.

Gbagi, who commended Governor Ifeanyi Okowa of Delta state for his proactive measures against insecurity in the state and his infrastructural development, said “the way we have toiled with a lot of things in Nigeria and we are still surviving, we should attempt such with security.

He said: “Those mercenaries coming in have their own targets, interest, and objectives and unless we deal with it headlong it will be unfortunate for Nigeria. As it is now, we don’t know who to hold responsible, all the security apparatus and the stakeholders have failed. 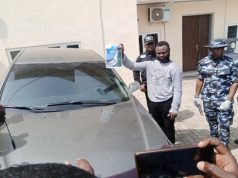 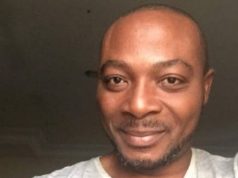 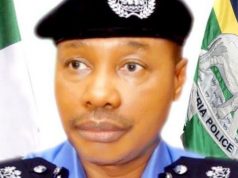