The governor gave the explanation in Asaba at his quarterly media interaction with journalists in Delta. 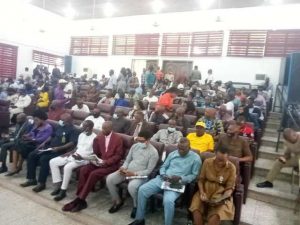 He admitted that many of the commissioners worked very hard in helping him to achieve the successes his administration had recorded in the last six years, but stated that the cabinet started getting divided, a development that began to brew distraction in governance in the state.

He commended all the former members of the executive council for their contributions and disclosed that God would guide him in the reconstitution of the cabinet.

The governor said “at some point in time in the course of an administration, there are always reasons to take some actions. If I tell you that there is no reason for the dissolution, then I would have fooled myself; then why did I have to dissolve the Exco?

“Of course, there are reasons. I believe that I have been in this administration in the past six years but two years in this tenure, while I have two years to go. Obviously, there have been a lot of distractions among some members of Exco.

“They have been working effectively and strong and so many of them have been very useful to me and I must thank them as I did yesterday; I must acknowledge that a lot of them have worked with me to be able to achieve that which we have achieved. 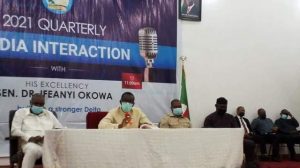 “But the fact is, in the last two years, we needed to be able to ensure that we reduce the level of distractions in governance and if we do not take that action, I may have an Exco that may be divided in the next two years and that will not enable me to achieve my vision.

“So, I thought that there was a need to re-work the Exco in such a manner that we will operate within the least stress where those in Exco will know that their minds are focused more at what we are able to achieve in the next years rather than in their private ambitions and beliefs.

“And, that was a key factor, otherwise the gentlemen that worked with me, who also include the ladies, were very good; they worked hard, they meant well for the administration and I truly thank them for all that we have done,” he stated.

Okowa who was with his deputy, Deacon Kingsley Otuaro, thanked the media for their fair reports and for partnering his administration in the last six years.

While reacting to allegations of intention to hand over to an Ijaw man, Okowa said “it’s only God Almighty that knows who will be governor after me. 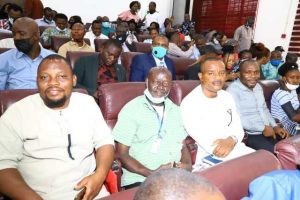 “I cannot pretend to be God, for I am not; I don’t know who God is going to bring and I don’t have the intention of playing the role of God.

“You will hear a lot more things just as they said I want to handover to an Ijaw man; I don’t think that I have the strength to play God but the issue is when the politics starts, politics will be played and God almighty will take the decision on who will be governor.

“But as I said, at some point in time as a political party, because I can only speak for my party, we will sit down to look at issues to find out what truly will be fair, what truly will be justified and what should equity really mean.”

On which senatorial district the next governor will emerge from, he urged the people to pray for God’s revelation.

On power rotation in the state, Okowa said that there was no formal agreement signed and no formal meeting was held where the issue of zoning was discussed and agreed upon. 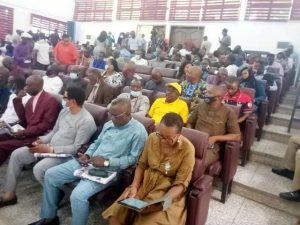 On the decisions of Southern Governors in Asaba, he said that all the discussions and decisions were in the best interest of the country.

“They were not decisions good enough for the South only; they were decisions that will help to unite us the more. 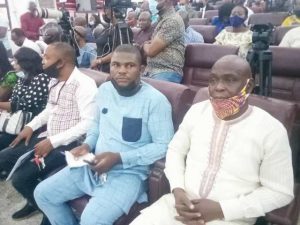 “And, I believe too that they were decisions that will stir hope to our people across Nigeria,” the governor stated.

Earlier, Chief Press Secretary to the Governor, Mr Olisa Ifeajika, had thanked the Governor for making time out to brief the media on the “State of the State” and commended journalists in the state for their fair reportage of the activities of government.

Honored at The Photography Awards