The newly appointed Secretary to the Delta State Government (SSG), Chief Patrick Ukah, has charged management and staff of the SSG’s offfice to be more committed to their duties in order to build on the good foundation laid by his predecessor.

Chief Ukah gave the charge today during the official handover ceremony to him by the outgone functioning SSG, Mr. Reginald Bayoko.

The SSG noted that as the engine room of government, the SSG’s office plays a vital role in ensuring that the Stronger Delta mantra of the state Governor, Senator (Dr.) Ifeanyi Okowa, is achieved.

He said that with the calibre of staff in the office of the SSG and their cooperation he will succeed in his new assignment as SSG.

“I know you have people who can work in this place and I am also aware that the best among the best crop of civil servants in the state are in this office”.

The SSG equally commended the Permanent Secretary, Comrade Samuel Dietake, stating that he is humble and dedicated to his job.

The outgone functioning SSG, Mr. Reginald Bayoko, who noted that the appointment of the new SSG, Chief Patrick Ukah, was the will of God, urged him to try as much as possible not to disappoint the Governor and others who believe in him.

Mr. Bayoko prayed God to protect him and give him the wisdom to pilot the affairs of the new office and urged the staff and management to give the new SSG their support to enable him succeed.

Highlight of the ceremony was the signing of the handover note by the SSG and the outgone functioning SSG. 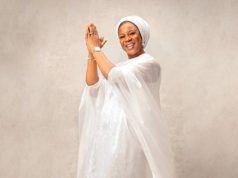 We will leave legacy of professionalism-driven civil service – Okowa

Okowa Inaugurates Okwuofu, other members of Civil Service Commission …tasks them on value...

Become a Professional DJ With Jane