The Minority Leader of the House of Representatives, Rt. Hon. Ndudi Elumelu has been scheduled to deliver the inaugural Alumnus lecture, at the 6th biennial convention of the Class of 84, St. Pius Xth Grammar School, Onicha-Ugbo in Aniocha Local Government area of Delta State. 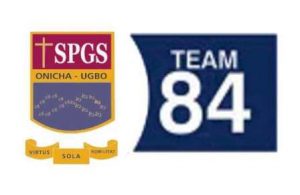 Elumelu who represents Aniocha/Oshimili Federal Constituency in the House of Representatives, will be delivering the lecture on the topic: “The Role of Enhanced Electoral Awareness in Improving the Quality of Leadership in Nigeria,”  on Saturday at the Gala/Award ceremony of the Convention.

The Minority Leader is a distinguished member of the Class of 84, St. Pius Xth Grammar School Onicha-Ugbo having attended the School and graduated in 1984.

According to the Chairman of the Convention Planning Committee, Mr. Emeka Ikade, a former Principal of the School, late Mr. P.A.O. Mozia from Issele-Uku will be celebrated and honoured posthumously at the convention.

Ikade said that Class of 84 of the School has decided to honour the former Principal in appreciation of the impact he had on their lives and the Secondary School as a whole.

“We appreciate the training and teaching he bestowed on us and we have decided to give him a posthumous award in recognition of the legacy he left behind in our lives, our school and all the other schools he administered,” Mr Emeka Ikade stated.

The Convention Committee Chairman also revealed that as part of the activities for the convention, courtesy call will be paid to the Governor of Delta State, Senator Dr. Ifeanyi Okowa.

He also said that the traditional ruler of Onicha-Ugbo, HRM, Obi Victor Chukwumalieze I, Obi of Onicha-Ugbo and that of Umunede, HRM, Dr. Ezeagwu Ezenwali, Obi of Umunede will also be visited on the course of the convention, saying that apart from the customary visits to their alma mater in Onicha-Ugbo and former teachers, the gathering will afford the Class of 84, the opportunity to empower members through an empowerment programme.

RE: DISTRESSING STATE OF DESOPADEC UNDER THE PDP-LED GOVERNMENT …WHEN FACTS ARE...